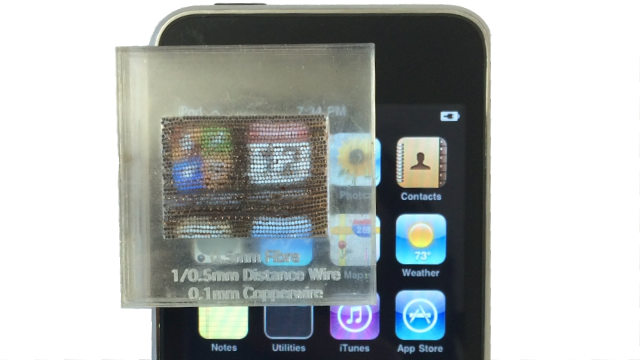 Tangible widgets are one possible answer to the lack of haptic feedback on touch screens and tabletops. In this publication, we focus on tangibles that provide input and output channels by spatially relocating a part of the touch input and visual output area from the touch screen onto their own arbitrarily shaped surface. Optical fibers that transmit light between the widget’s base and its surface can be used for this purpose, but input on such tangibles only works on vision based, not on capacitive touch screens, and it forces input and output to be co-located on the surface of the tangible, excluding designs with spatially separated input and output channels, for example, back-of-device interaction. We propose Transporter tangibles that exploit the technological separation of input and output channels in current capacitive touch screens. By integrating thin conductive wires into optical fiber based widgets, we can apply independent spatial transformations to both channels. This technique allows us to create tangible widgets in which the arrangement, scale, and shape of the input and output surfaces on the tangible can be designed independently and flexibly.

More information can be found on the original project page.